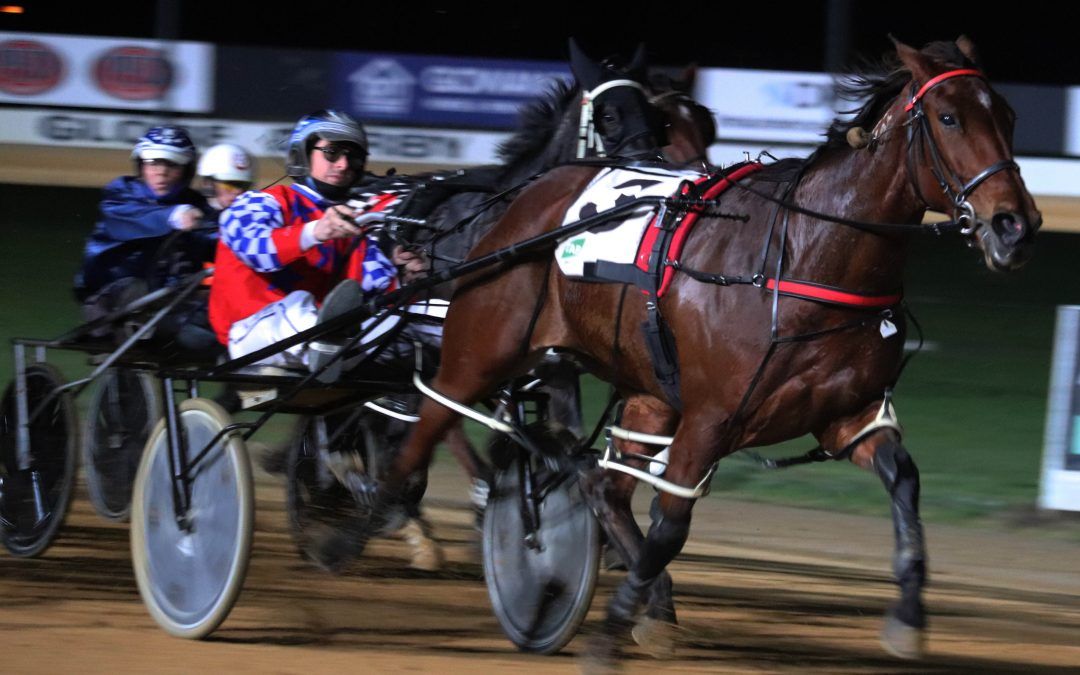 Trainer Aaron Bain improved his strike rate in South Australia to an excellent 27.8% with a double at
Globe Derby Park on Saturday.
In-form Double O Heaven and Glen Elgin Tomson did the business to give Bain 17 winners from just
61 runners.
He is now equal fourth on the SA Trainers premiership jumping up from seventh.
Double O Heaven made it three wins straight with her victory in the Paceway Restaurant Dining At
Globe Pace (1800m).
Another great drive by Wayne Hill on the New Zealand-owned mare.
He opted to go forward from gate three on Double O Heaven and the mare was able to secure a
one-out, one-back trail early.
Hill came three wide over the final 400 metres and Double O Heaven ($2.60 fav) dashed to a
comfortable three metre win from Premonition ($17.80) with Easy Rolling ($6.70), two metres away
third.
She rated an excellent 1:56.9.
The daughter of Auckland Reactor has now won her past three starts for Bain making it four wins
from eight starts this season.
Glen Elgin Tomson made it two wins from as many starts for Bain with an easy victory in the TAB
Venue Mode Pace (1800m).
After settling well back from his second-row draw, drive Wayne Hill opted to come three wide with
just over a lap to go.
He allowed Glen Elgin Tomson to steady improve out wide before asking the six-year-old to sprint
for home over the final 300 metres.
The gelding was up to the challenge.
A noted drifter in betting from $1.80 to $2.40 favourite, Glen Elgin Tomson hit the finishing line
three metres clear of Bien Hoa ($28.90) with Sutter Man ($100.90), 4-1/2 metres away third.
He rated a smart 1:58.2 for the trip including a notable 58.4 second last 800 metres despite sitting
three wide.
It took Glen Elgin Tomson 2-1/2 years from his most recent win in New Zealand to scoring for ABR
last week. Now, he has made it two wins in a row.
Bain said it was fantastic to have another substantial number of the ownership group at Globe Derby
Park to cheer him home.