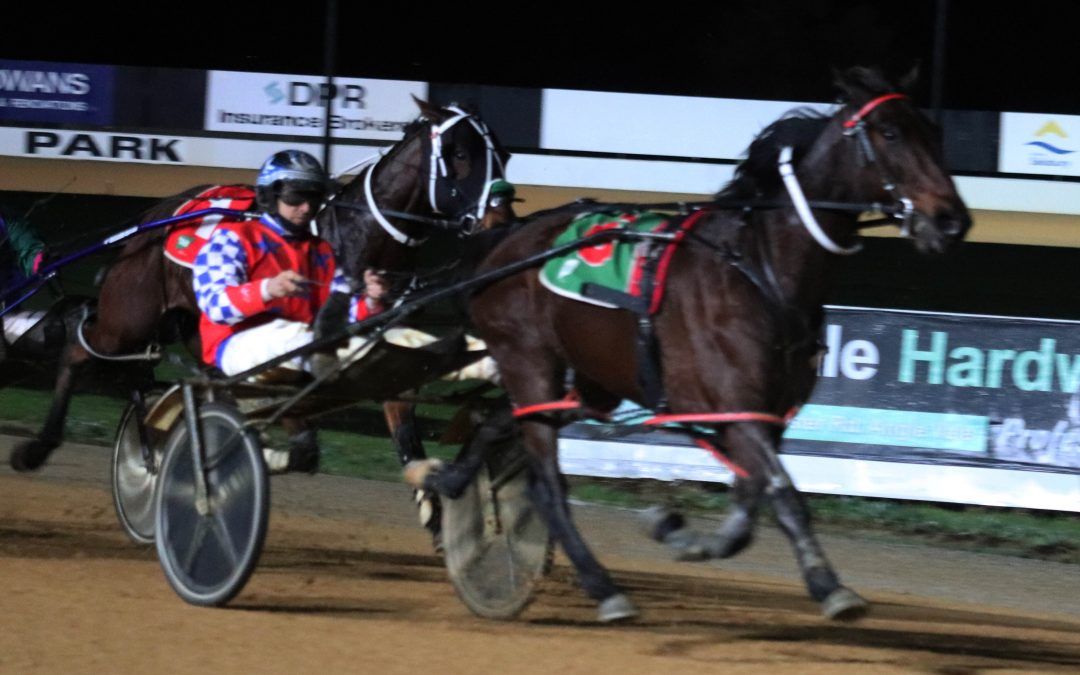 Former New Zealand pacer Glen Elgin Thomson, making his debut for trainer Aaron Bain, won his
first race for 2-1/2 years at Globe Derby Park on Saturday.
Sent out an unbackable $1.30 favourite, Glen Elgin Thomson, driven by Wayne Hill, showed great
finishing speed to win the Biggest Morning Tea at The Globe June 21 Pace (1800m).
Coming from gate six, the six-year-old settled second last in the field of eight before obtaining a trail
into the race with 800 metres left to travel.
Hill took the gelding four wide coming off the back and Glen Elgin Thomson sprinted quickly to join
the leader Ohoka Agent ($19.20) turning for home.
He continued the surge to draw clear and win by 4-1/2 metres.
The victory also gave trainer Aaron Bain his 350 th winner since taking out a trainer’s licence in the
2014/15 season.
“I had a great start training in partnership with Jake Webster with 43 winners in our first season,”
Bain said.
“Tonight’s win has taken our local tally to 15 for the season, and with bigger numbers to race over
the next few months, I will be looking to significantly add to that number.”
Bain said he was delighted to see so many of the ownership group on track to cheer home Glen Elgin
Thomson.
“It was a cold and wet night, so it would have been easy to watch from home, but the hardy group
who made the trip were rewarded.
“It was good to see so many come out onto the track for the post-race winner’s photo.”
Bain said it had excellent for ABR to have the first harness win for the Ponderosa Syndicate,
managed by former Central District premiership coach Roy Laird.
“The group had been successfully involved in the sport many years ago but dropped out, so it was
great to give them a winning return.
“They have shares in several thoroughbreds with ABR including the Balaklava winner Metro Legend
and took the chance to have shares in two pacers.
Another part-owner Nicolle Rantanen Reynolds had a big day having a dual code treble.
Reynolds, and her husband David, had shares in the thoroughbreds Tubby Two Tracks which won at
Morphettville Parks and Ideas Man which scored in Darwin. The Reynolds made the trip from
Morphettville Parks to cheer home Glen Elgin Thomson.
A new face in the ownership group was Tom Curnow, son of one of ABR’s biggest owners Rob
Curnow.
“Tom has been helping around the ABR stables and my partner Amy and I call him ‘Tommy’, so we
gave him a share in Glen Elgin Thomson as a recent birthday present,” Bain said.
The trainer said despite the gelding’s lack of recent wins, he and partner Summit Bloodstock, had
been impressed by the gelding’s speed when they purchased him earlier this year.

“We gave him a chance to settle in after arriving from New Zealand, and I’m sure that helped him for
his debut for us on Saturday night.
“Glen Elgin Thomson will run again at Globe Derby Park this Saturday, and I don’t believe it will such
a long time before he wins again – hopefully, only seven days.” 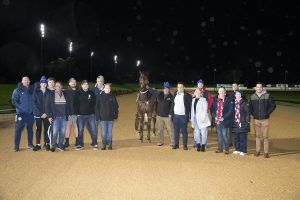