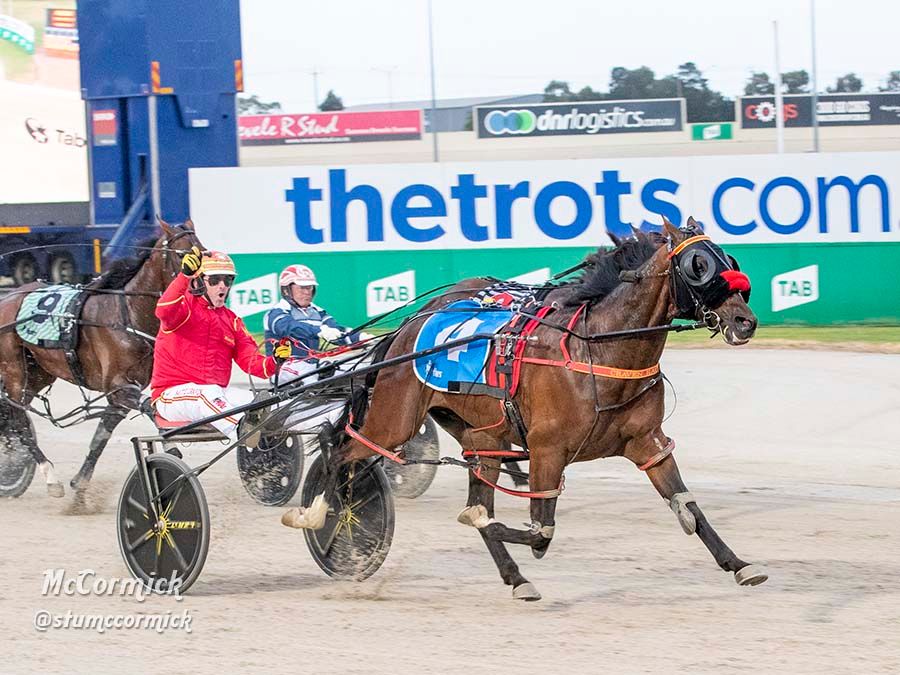 Aaron Bain Racing and Summit Bloodstock are excited to announce the purchase of Group One
winning pacer Kimble.
Aaron Bain, principal of ABR, said together with Summit Bloodstock, the sale for an undisclosed sum
had been completed over the weekend.
“Kimble is obviously a quality individual already winning a Group 1 and when the opportunity come
to purchase him, we were pleased to finally strike a suitable deal for all parties” Bain said.
“With his gate speed and HWOE rating, we believe he is best suited to continue his racing in Western
Australia and will make his way to the stables of Michael Young.
“The main target for Kimble this year will be the Golden Nugget later in the year.
“Kimble is a Group One winner and built up a great record.”
The four-year-old has won seven races with 14 placings from 33 starts earning $161,910.
He hasn’t raced since finishing unplaced in the Group 3 Ararat Pacing Cup in February, and his last
win was at Ballarat in January.
Formerly trained by Matthew Craven, Kimble won the Vicbred Super Series final for two-year-old
colts and geldings at Melton on December 31, 2020.
Three starts ago he ran second in the Group 2 The Breakthrough at Melton, and then was third in
the Group 1 Bonanza at the same track.
WA trainer Michael Young said he was excited about training Kimble for ABR and Summit
Bloodstock.
“I’d be very disappointed if he didn’t pay his way here in Perth,” Young said.
“It is not often that a horse that has raced in so many Group races comes into your stable.
“And he already is a Group 1 winner.
“Being only a four-year-old he has a lot of good racing ahead.
“There is a feature here in early July, but we will see how he travels and settles in before making any
set plans but I’m sure we will be able to find some nice races in the leadup to the Nugget.”