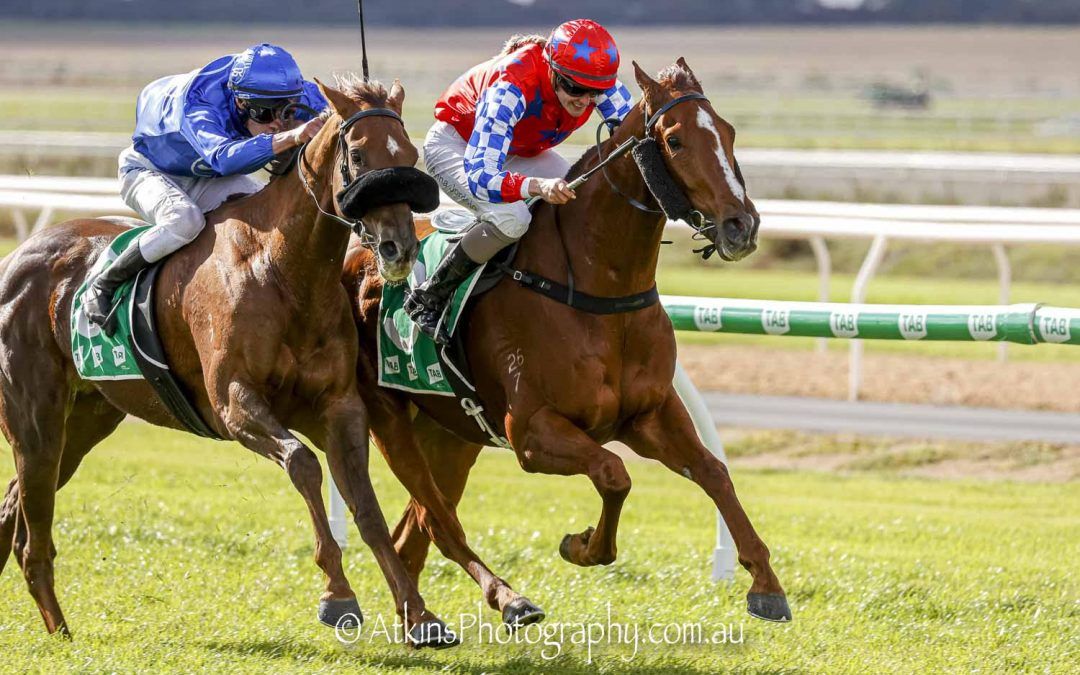 Trainer Aaron Bain landed his first metropolitan thoroughbred winner when the in-form Toyetic
outstayed his rivals at Murray Bridge on Saturday, May 28.
Toyetic made it three wins from his past four starts with a courageous victory in the Mulch N More
Handicap (2500m).
Ridden by Anna Jordsjo, the four-year-old, a $7.50 chance, refused to give in over the final 400
metres scoring a neck win from Capricorn Ridge ($6) with Smiling Assassin ($21), 2-3/4 lengths away
third.
Ridden up on the speed, Jordsjo took Toyetic to a clear lead turning for home, but the challengers
came with Capricorn Ridge moving alongside.
Under Jordsjo’s hard riding, Toyetic refused to concede and comfortably held the runner up to the
finish.
Bain said the first metro win was a further building of his Aaron Bain Racing brand.
“When we branched into training thoroughbreds as well as the harness horses, Toyetic was our first
purchase last year,” Bain said.
“In hindsight, he was never going to be suited at the shorter trips but with our enthusiasm we were
still disappointed.
“When Barend Vorster rode him at Morphettville Parks in March, he suggested the horse was
looking for distance and since we have stepped up his journeys, he has found his best form.
“Today was an excellent win – he was there to be beaten but proved too strong.
“I was really happy that Anna rode him. She has been an integral part of our team since I obtained
my licence for this season.”
Bain said he would look to staying races at Morphettville Parks and also Sandown in Melbourne on
Saturday, June 11 as the possible next run for the gelding.
“We will probably nominate for both, then have a look at the weights and the fields before making a
final decision.”
Winning jockey Anna Jordsjo was impressed by the courage shown by Toyetic.
“He jumped quite nicely and really settled well,” Jordsjo said.
“I was happy when Swankytoff came up to lead and I was able to get a perfect trail.
“As soon as the pressure came on – he’s tough, he dug deep.
“When the other horse came up, we were nearly running on empty, but he really did dig deep.
“I am absolutely beyond proud and very excited with Toyetic, it was a genuinely tough effort.”