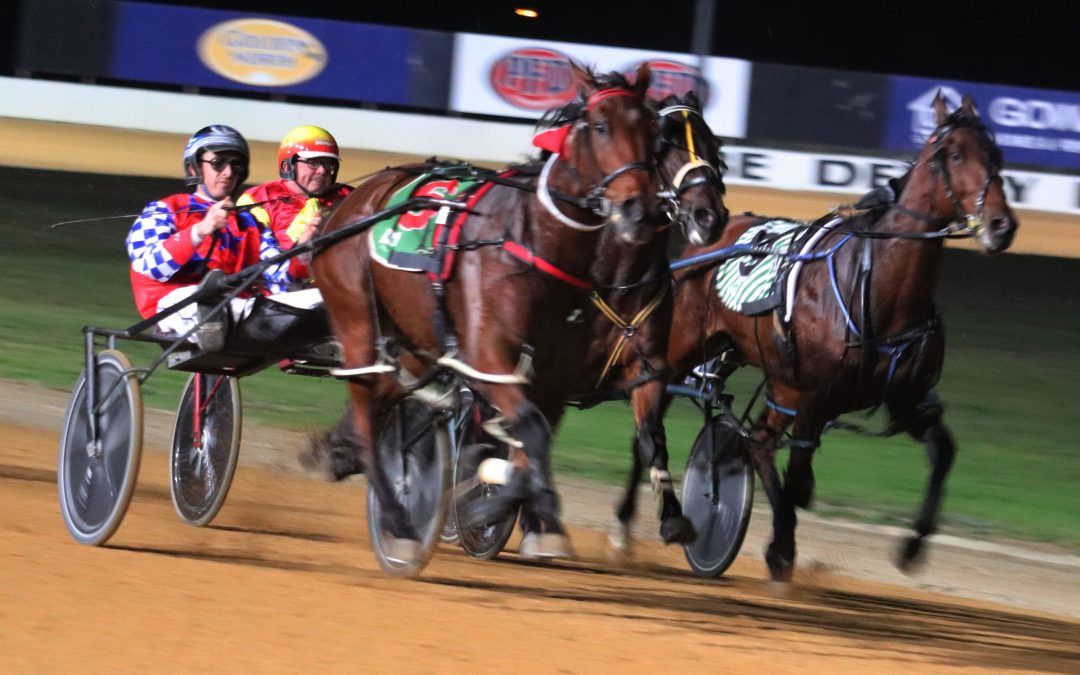 The best wins can quite often be when they are not expected.

Such was the case when Double O Heaven came with a strong run to win at Globe Derby Park on
Saturday.

Trainer Aaron Bain, isolating at home with Covid, was just hoping when the seven-year-old mare
lined up in the TAB Live Sky Racing Vision Pace (1800m).

“I knew she had the ability to win, but thought from gate six, she would have to go back to last on
settling down,” Bain said.

“However, a great drive by Wayne Hill, saw the mare settle in front of a few runners but in the
running line and with a hectic speed up front.

“Wayne was on the back of Steinman and when he took off with a lap to go, he gave us the perfect
trail into the race.

“The mare sprinted strongly over the final 300 metres and won well.”

Bain said the winner had started her career in New Zealand and was sent to Victorian trainer Brent
Lilley at the end of 2019.

The mare raced in Victoria before Lilley decided to send her to Aaron Bain but unfortunately, she
injured a leg at her first run when sixth at Globe Derby in August.

She was given time to recover and resumed with a first-up win at Globe Derby Park on March 7,
again courtesy of a top drive by Hill.

“Double O Heaven had been running okay since, but not had much luck with draws,” Bain said.
“I thought she was looking the best she has since coming into the ABR stable but thought gate six
would be too much to overcome.

“However, Wayne showed why is one of the best drivers with a perfect drive.”