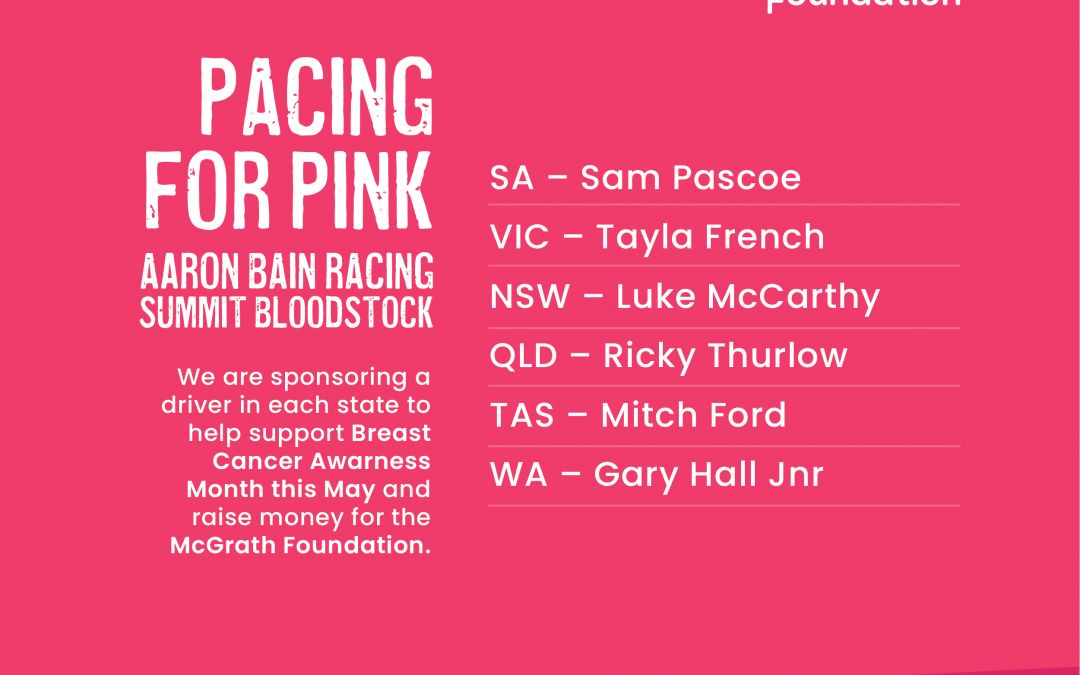 Aaron Bain Racing, in association with our good partner Summit Bloodstock, is delighted to become involved in the Pacing For Pink promotion in Australian harness racing.

We had opted to support one driver in each state to raise funds to fight breast cancer. Throughout May, male and female drivers around the country will proudly wear pink pants in the sulky as everyone in the industry pitches in to raise money.

2022 is the first time the concept has gone Australia-wide with drivers wearing pink pants.  ABR is delighted to announce our team of drivers in the fight against breast cancer.

In South Australia, Sam Pascoe will be our driver, and how is this for the rest of the team.

The Pacing For Pink idea started in the country town of Cobram in Victoria in 2011 and went Victoria-wide for the first time in 2021.

Margaret Watson – the coordinator of Pacing for Pink – said the Victorian concept got so popular they just had to expand.

“It was so successful that there were drivers from other states who wanted to be a part of it, so I got in touch with all the other states, and they have all come on board for this year,” Watson said.

Funds raised from the Pacing for Pink campaign will be donated to the McGrath Foundation. 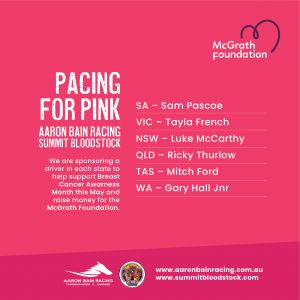