The Kapiti Express takes the cup! 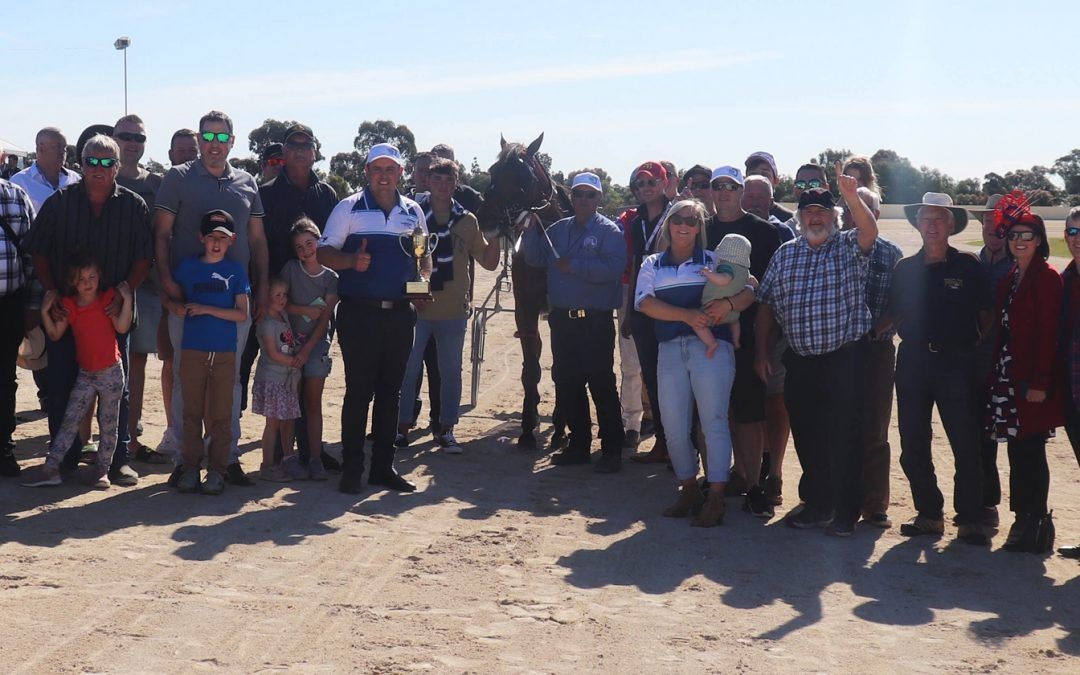 The 250-strong Aaron Bain Racing’s Lads Club has been written into harness history with the win by
The Kapiti Express at Gawler on Sunday, October 17.
Driven brilliantly by Wayne Hill, The Kapiti Express ($4.20 fav) led throughout to win the inaugural
TAB Gawler Platinum Pacing Cup (2070m) during the Gawler Carnival of Cups.
The five-year-old smashed the track record in his win rating 1:54.7 taking two seconds off the
previous best run by Go Go Shikari on March 7 earlier this year.
The Kapiti Express is owned by the ABR Lads Club in partnership with Aaron Bain Racing Pty Ltd and
the gelding is trained by Aaron Bain, one of the organisers of the exciting Gawler Carnival of Cups
program.
Despite only being a National Rating 53 taking on better performed horses with NR’s up to 88, The
Kapiti Express ran $4.20 favourite with punters and didn’t let them down.
Coming from gate two, Hill drove the gelding to lead and then rated him perfectly.
He ran 30.2 and 28.1 second quarters for the first half of the last 1600 metres, then left his rivals
standing with a 27.7 second third quarter before slowing to a 29.3 second final quarter.
The Kapiti Express crossed the line 7-1/2 metres clear of Weeroona Boy ($81) with Maharajah ($12),
4-1/2 metres away third.
A good group of ABR Lads Club members and their families invaded the track to be in the winning
return to scale photo.
An emotional Aaron Bain was happy to wave the inaugural TAB Platinum Pacing Cup in the air to
celebrate the win.
Bain said Hill had driven to a plan and was delighted it had come to fruition.
“The Kapiti Express is one-paced but tough and once he led, Wayne intended to keep him running,”
Bain said.
“He was going quick enough to prevent the backmarkers from getting into the race and going for
home down the back straight made it near impossible to be caught.
“He was getting tired close to home but had established a winning break.
“This win is a credit to all the staff at Aaron Bain Racing.
“There is pressure on them to ensure the team is worked correctly and prepared for race day and
this win is a tribute to them.”
Bain was close to tears as he accepted the trophy.
“I don’t know what it is like to have a Group 1 winner, but this certainly feels like it.”
Bain said the ABR Lads Club had been formed to have a rivalry with the ABR Ladies Club who race
the talented mare Arco.
“When Arco won at Globe Derby and The Kapiti Express ran second on the same night it was
advantage Ladies Club, but now I think the Lads Club has the bragging rights. 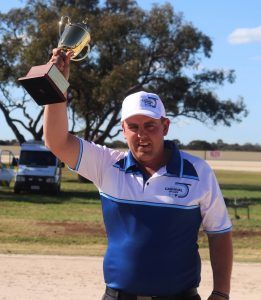 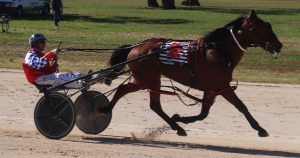