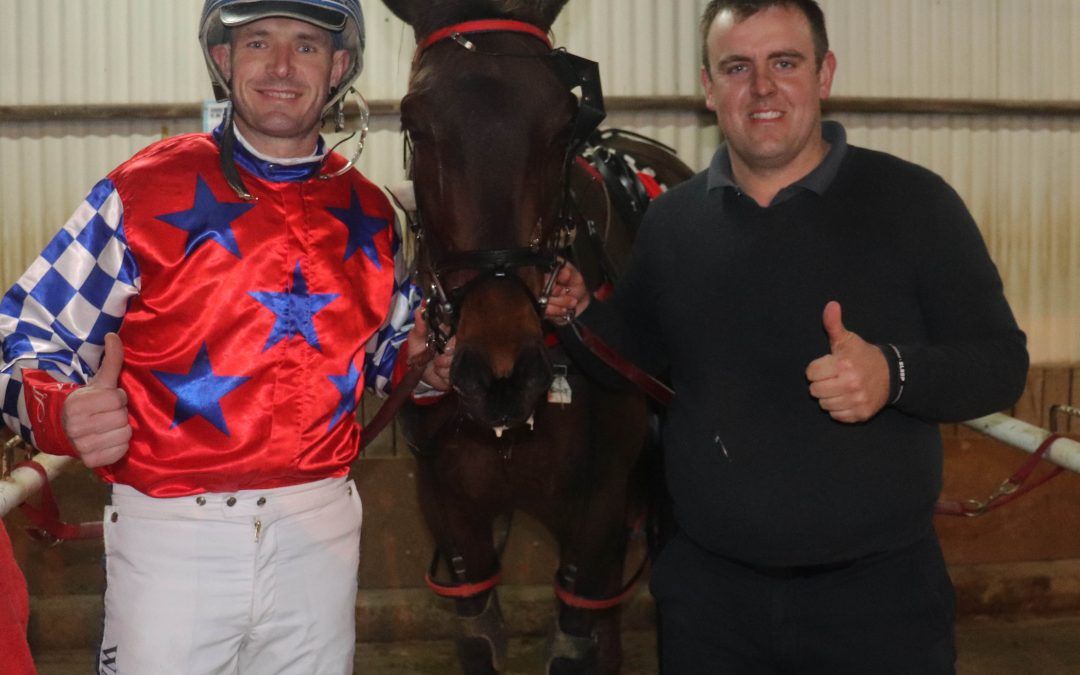 Trainer Aaron Bain has been telling anyone who would listen that Brantley was not just a short-
course sprint specialist.
When Brantley won six of seven races over the 1385 metre trip at Globe Derby Park, including the
Scamper final, Bain said he had no doubt the horse could transfer the winning form to longer
distances.
The five-year-old justified his trainer’s faith on Saturday at Adelaide’s main track winning the TAB
Venue Mode Pace (2230m).
Coming from gate two, Brantley was positioned one-out, one-back by driver Wayne Hill.
Aware of not making his run too early, Hill waited while others came wide making their bids for
victory, but then gained a split with 300 metres left to travel.
Backed from $15 into $9, Brantley unleashed his brilliant sprint quickly gathering in the leaders and
racing away to a 2-1/2 metre win from Lochinvar Hugo ($6.50) with Crookwell Jake ($1.85 fav), eight
metres away third.
“He has that X-factor,” Bain said.
“He has a brilliant sprint, and provided he gets a run to suit, he is always going to give himself a
chance to win, no matter what the distance.
“Credit to Wayne, he drove the horse perfectly.”
Brantley has built up a super record since coming into Bain’s stable in late March.
He has now won nine races from just 14 starts to prove an unsung hero of the trainer’s stable.
“He surprisingly galloped away from the stand start last week,” Bain said.
“Despite losing early ground, I thought he ran really well finishing fourth and was confident tonight
he had the chance to win.
“His work at home has been brilliant for a few weeks now and really is in a great patch of form.
“Tonight’s win was against some handy pacers that have been in good form.
“Yet, with the great run, he sprinted past them easily up the home straight.”
Brantley is owned in New Zealand by Brent Francis who sent him across to Victoria, and despite a
win at Warragul, never really lived up to his potential.
But sent to South Australia, the gelding has thrived under Bain’s care, and more wins look in store.