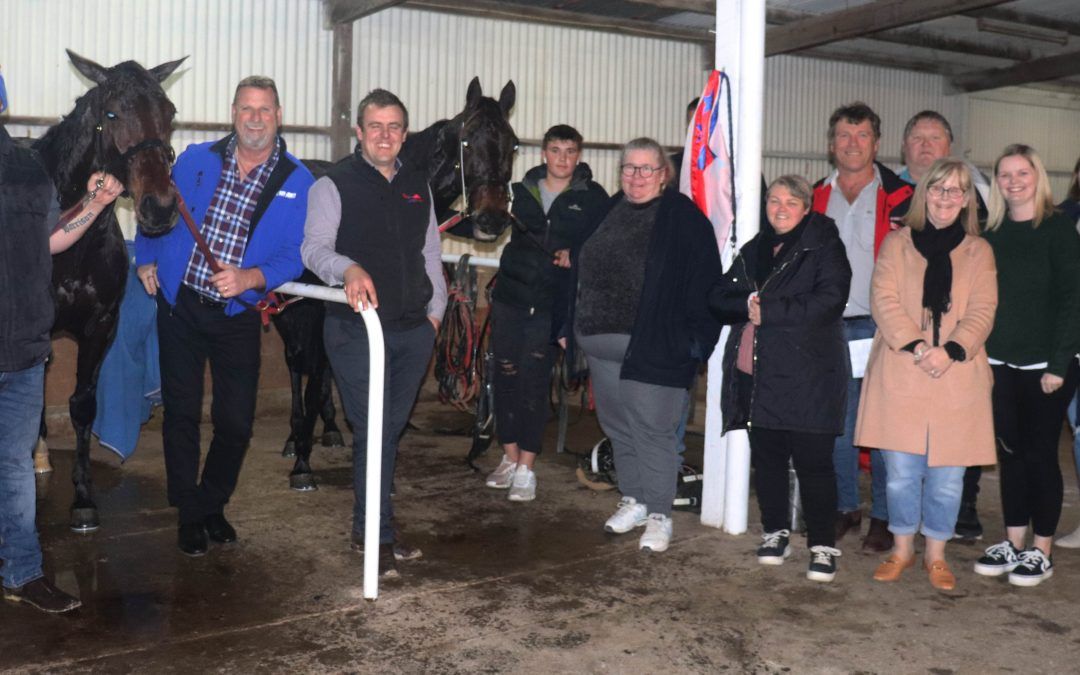 Brantley proved conclusively he was the Mitavite Scamper Series superstar with an easy win in the
$14,000 final (1385m) at Globe Derby Park on Saturday, June 26.
After winning five of his six heat runs, Brantley ($2.60 into $2.15 fav), brilliantly driven by Ryan
Hryhorec, sprinted clear in the home straight in the final to win by 3.6 metres.
In a brilliant result for Aaron Bain Racing, Bottle Rock ($41) dashed home out wide for Samantha
Pascoe, to grab second, 2.1 metres clear of Delightful Gnp ($2.40).
The template for victories during the heats was that Brantley would settle one-out, one-back then
sprint home from the 300-metre mark to score.
Such was the case again in the final and Brantley put his rivals away turning for home.
Trainer Aaron Bain laughed when he recalled the race.
“I was very happy with the way the race was run,” Bain said.
“When Brantley settled in the perfect spot, I always believed he would have the speed to put them
away.
“So, when Ryan let him loose turning for home, I started looking for any dangers.
“It was then I realized the only horse emerging was Bottle Rock.
“I knew he couldn’t catch Brantley but was delighted he got up for second.
“There were about 14 of the ABR 100 Club 2.0 owners on course so I was happy for them he ran so
well.”
Bain said he was confident both Brantley and Bottle Rock would carry their sprint form into longer
races over the coming weeks.
“With such a great burst of speed, I’m sure Brantley can race his way through to fast class.
“He is not going to win every week, but when he can get a great run, I’m sure he will use his speed to
win.
“And Bottle Rock has improved as the series has gone on and his run on Saturday was his best during
the series.
“Again, I’m sure he will carry it through into longer races.”
The decision by New Zealand owner Brent Francis to send Brantley to Aaron Bain Racing has proved
a winner.
The five-year-old has won seven races and picked up $24,400 in stakes.