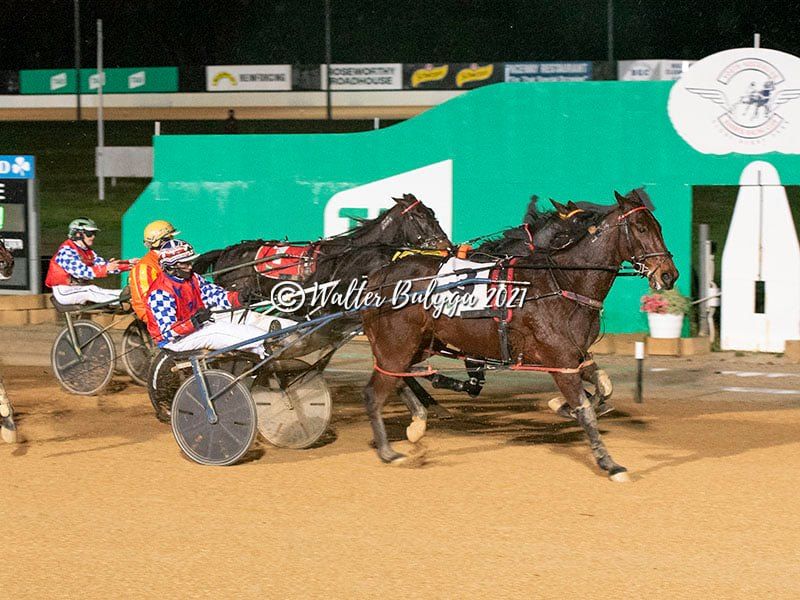 The successful formula was back in action as Mitavite Scamper specialist Brantley won again at
Globe Derby Park on Tuesday, June 15.

The Aaron Bain-trained Brantley made it four wins from five runs in the Scamper series.

Each win has seen reinsman Ryan Hryhorec able to place the five-year-old in a one-out, one back
position early in the 1385 metre events.

He then leaves it until the field is turning for home before bringing the gelding to the outside and
letting him sprint past the leaders.

Such was the case on Tuesday.

Trainer Aaron Bain said the format of the Scamper series suited the winner.

“The small fields with a short, but quick sprint, are perfect,” Bain said.

“Ryan (Hryhorec) know the horse and drives him perfectly. He is patient and understands the horse
can sprint quickly enough from the top of the straight.”

“He travelled well and came home strongly up the sprint lane.

“We decided to take the trail from gate one and let him run home and I thought he was good.”

“With four heat wins Brantley has done enough to qualify and Bottle Rock looks to have picked up
enough points.”