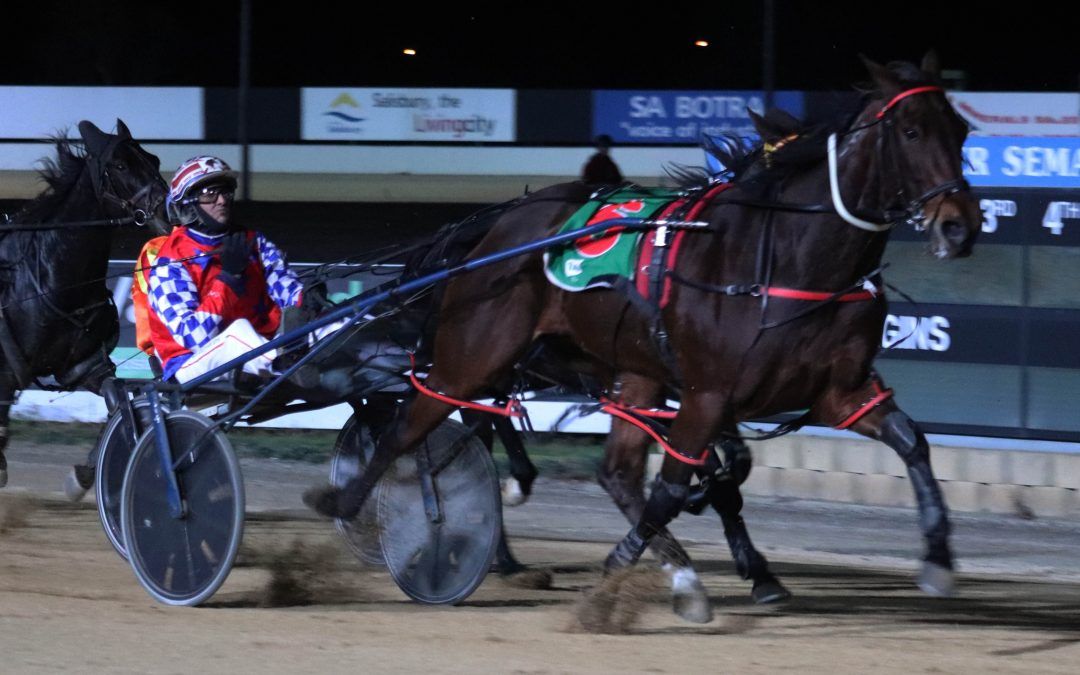 Aaron Bain Racing celebrated its 50th win of the current season when Brantley scored in heat one of
the Mitavite Scamper over the short trip of 1385 metres at Globe Derby Park.

Bain said he was delighted his company Aaron Bain Racing had been able to chalk up 50 wins since
January 1.

“The good part is that our winners have come from all states of Australia.

“Mondooley Mach won at Mildura on Friday for our 48 th winner, then Ozzie Major scored at Hobart
to make it 49.

“I thought Brantley was suited to the short distance race and believed he had a good chance.
“Ryan (Hryhorec) did a great job from gate six to have him settle one-one, one-back after the start.
“There was a bit of concern when Brantley wanted to hang in when Ryan was trying to get him to
the outside.

“Ryan timed his run to perfection, and he was able to sprint to victory.”

Bain said he believed the 50 wins was a testament to the model ABR had set up.

Our relationship with Summit Bloodstock continues to grow with their support in supplying quality
horses from Australia & New Zealand for our owners.

“And of course, in excess of 500 new owners in our database, who are enjoying the journey through
our clubs.”