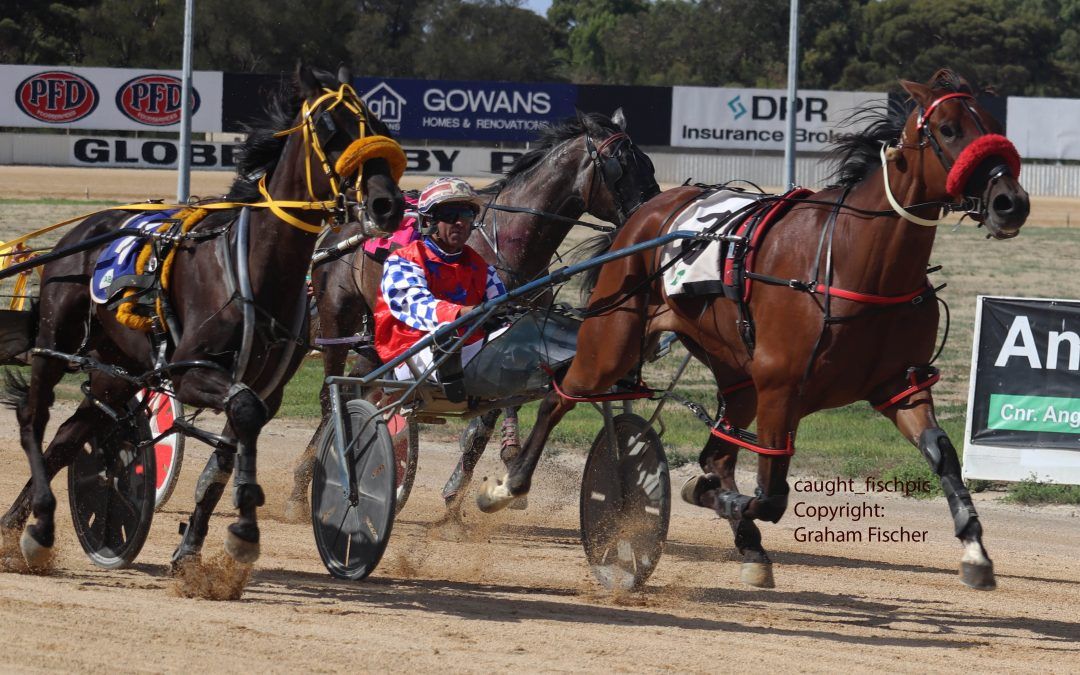 Aaron Bain Racing welcomed new owners Justin and Ellen Appleton with a first up winner when
Akarana Prince made a successful Australian debut at Globe Derby Park on Monday, March 1.
Backed from $1.90 into $1.35 favourite, Akarana Prince sat parked in the John Rothe Video Pace
(1800m) before scoring a long head win from Better Steam Ahead ($4.20) with Happy Max ($151),
7.2 metres away third.
Driven by Ryan Hryhorec, the former New Zealander dug deep when strongly challenged by the
runner up which had had the sit on him to score an impressive win.
Other owners who are enjoying having joined the ABR team are Chris and Shaun Dean, along with
Mark and Helen Jeffery. They are also involved in the ownership of Alexia Rose so have had three
starters for two winners and a second.
Akarana Prince also has Cameron Felstead, Joanne and Tony Karutz, Pam Hastie, Bill Eade, Tim Vince,
Wear The Fox Hat Syndicate, Summit Bloodstock and Aaron Bain Racing in the ownership group.
Trainer Aaron Bain said while he was delighted with the win, wasn’t completely happy.
“It was an ugly win,” Bain said.
“I had hoped he would be able to cross and lead but just did not pace well enough early and as a
result had to sit outside the leader.
“I will tinker with his gear to get him pacing better.
“What we did learn is that he has a strong will to win. The runner up headed him, but Ryan said he
found plenty when challenged.”
Bain said Akarana Prince was likely to be headed for the $12,000 Mount Gambier Gold Cup (2590m)
on Saturday, March 13.