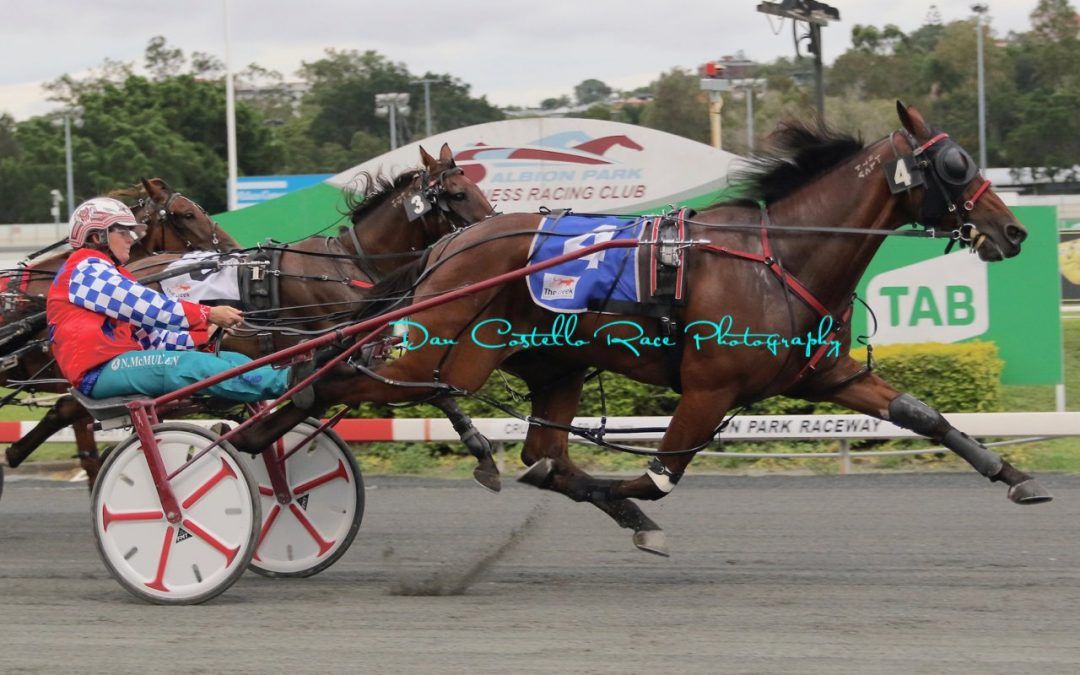 Ideal World, the stable star of Aaron Bain Racing, produced possibly his best performance at Albion
Park on Saturday, February 27.
“I don’t think he has ever gone better,” said trainer-driver Narissa McMullen after Ideal World’s all-
the-way win.
Coming from gate four, McMullen set the gelding alight early to grab the lead in the Welcome To
The Creek Band 4 Pace (2138m).
From then, he gave a display of sustained speed as the $2.60 favourite to score a 2.4 metre win from
Speedy Dominic ($5) with Bohannan ($15), 4.3 metres away third.
Ideal World ran four sub-30 second quarters over the last 1600 metres recording 29, 29.9, 28.1 and
28.1 for an overall mile rate of 1:53.8.
Aaron Bain, principal of Aaron Bain Racing, said that despite being an eight-year-old, Ideal World was
still improving.
“I have to agree with Narissa, I don’t think he has ever gone better, and to show such sustained
speed over that trip has to be the best run of his career,” Bain said.
“Narissa actually mentioned that perhaps we should have had him down at Menangle Park trying to
qualify for a start in the Miracle Mile.
“One Change which beat him in a photo at Albion Park recently was down there running third to the
champ King Of Swing in the Schweppes Sprint.
“I really believe eventually he will find his way to Sydney for a few runs.”
In winning, Ideal World notched his 21 st victory and took his stakes to past $167,000.
Part-owner Stefan Ahrens watched the race on his phone while hosting the first wedding at his
revamped Kingsford Homestead, just north of Gawler.
“Stefan posted a photo of the wedding party toasting Ideal World after the win,” Bain said.
Ideal World will continue campaigning with a view to finding suitable races during the Queensland
Winter Championship.