The patience of Aaron Bain Racing’s 100 Club was rewarded when Suresoundslikealie won her first
South Australian race at Globe Derby Park on Sunday, December 27.
And didn’t she do it in style!
Suresoundslikealie ($3 fav) raced away to win the Hopkins Saddlery Pace (1800m) by 18 metres from
Shardonant ($3.50) with Golden Jaylet ($5.50), four metres away third.
Driven by Wayne Hill, the Aaron Bain-trained four-year-old mare made sure she was only the one in
the photo with the ease of her victory.
Hill allowed her to come away at her own speed from gate seven in the field of eight and she settled
three-back in the running line.
Suresoundslikealie started to improve with a lap to go and Hill allowed the mare to stride up outside
the leader going into the back straight.
Coming off the back straight the mare cruised clear and ran to the line unextended, to the delight of
her 100 owners spaced on track, around the country and overseas.
The ownership group of the ABR 100 Club was formed in March 2019 by Gawler trainer Aaron Bain
to celebrate 100 years of harness racing in South Australia.
Interest was so strong when he launched the Club that it had the 100 members within 72 hours and
Suresoundslikealie was purchased.
However, a series of setbacks restricted her racetrack appearances but finally she scored her first
win for the connections at Mildura on October 8 when she also collected her Vicbred bonus.
The mare had another slight setback but was readied by Bain for her return to tonight and she was
able to display the talent her ownership group had faith she would finally deliver.
Now, the ABR 100 Club will be hoping the mare can back it up at Globe Derby Park on Tuesday night
when she is drawn to contest the Newspot Motor Group Fillies & Mares Pace (1800m) where she
will come from gate three. 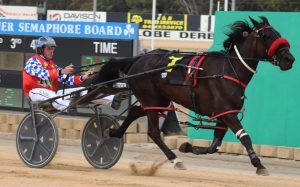 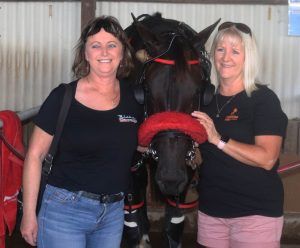 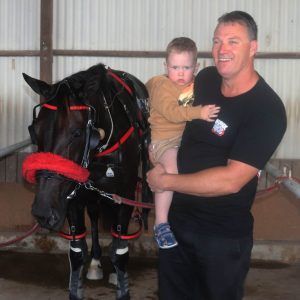 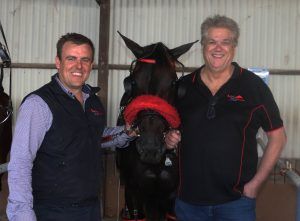